Roberto: a brewer in the land of wine

Roberto has a brewery, at Petrognola, in Garfagnana, the land of farro. It is from this ancient grain that his beer takes its fragrance. He told the story of his brewery… his own story.

How I came in mind to do the brewer in the land of wine?

I have made ​​wine since always, I have a vineyard in Petrognola, which I personally planted, and now I have entrusted it to a gentleman of the village.
I am son of farmers, farmer myself, and this mania for beer came to me in the early 80. In those years I was a carrier, I used to drive my truck and saw the hops climbing on light poles, along the fences, along the rivers, where I used to work at that time. I had this idea, but I had to drive the truck, I didn’t had the effords to go abroad, to make culture… Then whenI was 20 years old I met my wife, I fell in love and then I no longer went away, I remaind here, but I kept dream. 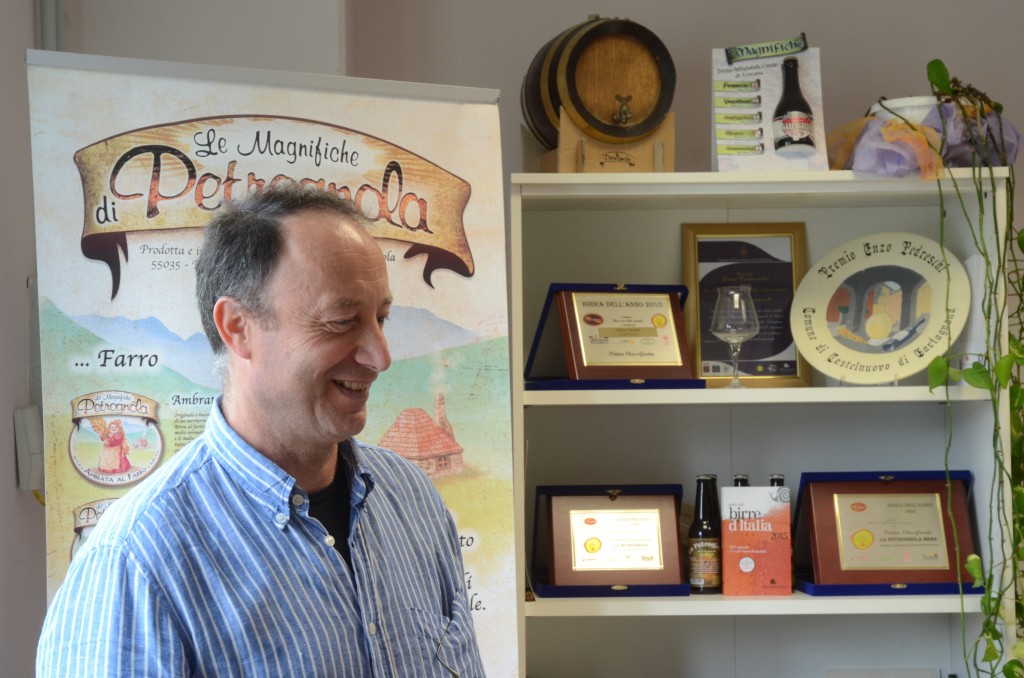 One day in a magazine my brother found an address to buy a Kit for beer production. So I got this kit, but it did not satisfy me at all. With the kit you do not more that add hot water and finish the process. Nothing wrong, but nothing even creative… Then I tried with the All Grain, but in this way you make 10, 20 liters, sometimes that’s good sometimes bad, and you can’t control the fermentation. So in the end I bought the ‘machinery as 100 liters, but I’ve been waiting for two years the license. I kept it into my house, in a room 4 meters by 4 meters, with the fermentation room 1.70 for 2. I don’t know why my wife didn’t throw out me of the house, I drilled all the walls to pass the pipes!

After a year there was need to increase the production, and then in my old barn, that I refitted, I put the new machinery with a capacity of 500 liters,

and we have been there until 2011. From there I moved near here, in a shed of 250 square meters, with the same machinery but I increased the cellar, and I came to do even 4000 liters per week.

In 2013 we moved here. Now we produce about 4,000/6,000 liters per week, with more human pace than in previous years.
If I came up to here is just for passion, not for doing busniess. Behind this, there’s no business: there is so much work, costs, effort, sacrifice… and satisfaction!

Every Master Brewer has its Recipes. For us to make a recipe is a bit as a poem for a poet. I do not want to look at me as to an artist, indeed, I call myself “brewer” after nearly 1300 crush. The word “master brewer” is important. It must be said that in the northern countries beer was an important food, as wine is for us. I remember when my mom come to the fields, with the breakfast in the basket that she carried over her head, with bread, bacon, sausage, cheese and wine. We ate, we drank a good glass of wine, that at that time were 9°/8° not 13°/14° as now, and we used to work all day.
In the same way, beer was food in the countries of the north, homemade, from the women, each with her All-Grain ​​pot. In the village, however, there was also the brewery, and who worked there was the Master Brewer! He not only prepared the beer, he knew all about farming, time of sowing barley, quality to be put in that place, where to put them, when to take it, how to malt it. He knew the whole process! And then he turned that product into food, liquid and solid food. Because beer is nothing more than liquid bread. If you look at the ingredients are the same: flour, water, yeast. Nothing more. It’s bread, liquid. In different percentages, you have a product or the other.

When someone says to me “you’re the MastroBirraio” I reply “mm no, not so fast.”

For those of my generation, students of the true pioneers of beer, you are brewer after 1000 crushes, and Master Brewer afeter 2000. When I arrived at the thousandth crush, I still remember it, I sent a message to my master and told him “today I am a brewer “ .. was about a year ago ..” The brewery is divided into three large spaces, in each of which different operators work not interfering with each other. In the lab there are the raw materials, they are ground and there begins the process of elaboration that ends into the big barrels where takes place the fermentation. In the same room there is the bottling machine. An opening connects the lab to the cell fermentation. The two rooms are separated and must not come into contact for bacteriological reasons. We would like to build our own internal laboratory for microbiology, to improve more and more, because we are always looking for quality. Without that, you can do anything.
The third room is the warehouse for shipping, the area of loading and unloading. 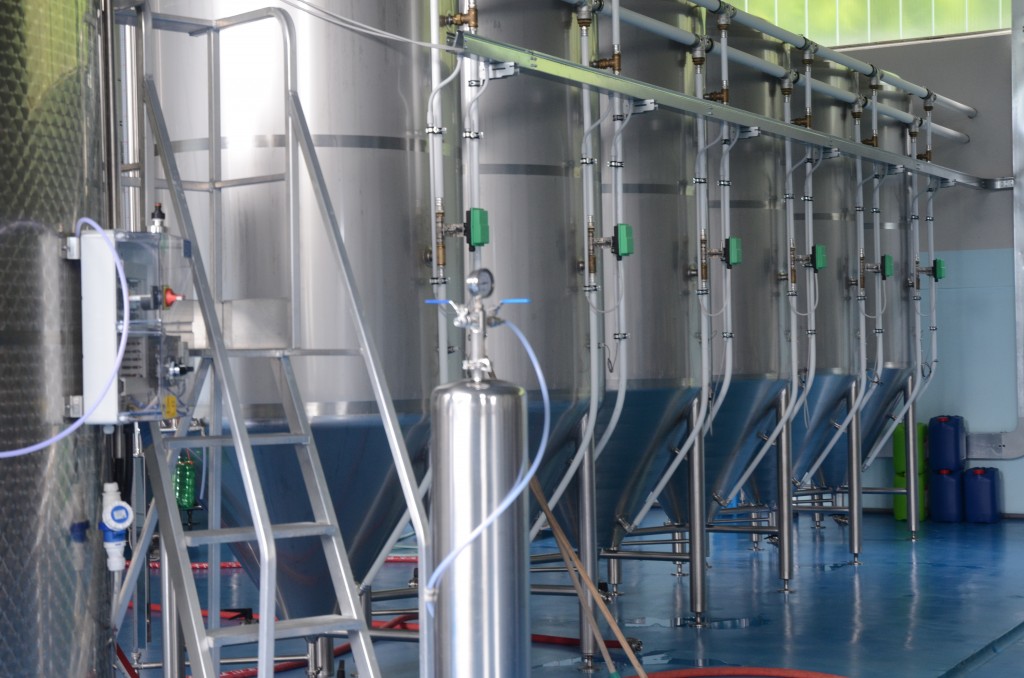 In the fermentation cell there is a precise temperature, in summer and in winter, because here once bottled beer should continue to ferment inside the bottle itself. With the method champenoise in wine yeasts are brought on the plug to then be expelled, here instead are brought on the bottom, because they are a particular and importantw feature of this type of beer, in general, of the the craft beer. You always have to think that we are dealing with living things, yeasts are unicellular organisms but in fact are living beings. So they have “their behavior”, are very susceptible to temperature changes, movements and so on. Therefore it is very important the communication between the producer, the seller and the consumer, because every bottle can react differently, depending on where it is stored, opened and consumed. there are living beings… and this is an added value…
In my own small brewery I welcome visitors by organizing guided tours in which I explain the various stages of brewing, from the arrival of raw materials to the bottled product.